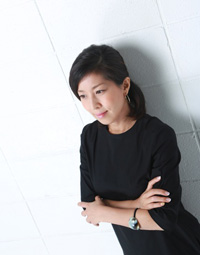 1997 : Inspired by Holistic medicine and medical aromatherapy, I started studying natural remedies.
2001 : Established rion Natural Therapy
2002 : I met with David Stirling, the founder of doterra, and Dr David Hill in the United States. Since then I started to learn medical aromatherapy and started activities in Japan.
2008 : In October, while studying abroad in the United States, I again met with Mr. Stirling and Dr. Hill. Impressed by doterra's concept, I made up my mind to study medical aromatherapy again. I began to share aromatherapy’s quality internationally.
"In doterra, there exists the ideal healing and integrative medicine that I have been searching for." This strong belief and passion pushed me to bring doterra company into bodywork, yoga, Energy Medicine, raw food, magazines, and in the medical field.

Chance of entry into Japan
In December 2008, David Sterling brought up this idea of opening up a branch of Doterra in Japan. So I decided to introduce doterra to Japan. By May 2009, I had taken a seminar trip and carried out sixteen seminars together with my friend Miho and the doterra company executives all over Japan. After that, I was involved in scheduling executives’ seminars until doterra JAPAN was established
In the spring of 2010, when the aroma touch Technique training was held in Japan, I served as Dr. Hill’s interpreter. I have been faithfully sharing the concepts of the aroma touch Technique of Dr. Hill and the warm culture of doterra.
Riyo is a well- experienced and charismatic not only in Japan, but also in the United States, Hawaii and Asia. Having pride in doterra company’s mission and spirit, she has a strong desire to better people’s health, mind and spirit.
Her warm personality makes it possible to connect people with doterra naturally, which we believe will lead us to global healing.

Favorite Products
Peppermint “It gives me a boost of energy when I need it.”
LifeLong Vitality “It helps me feel energetic. I could not keep up my vigorous lifestyle without it.”